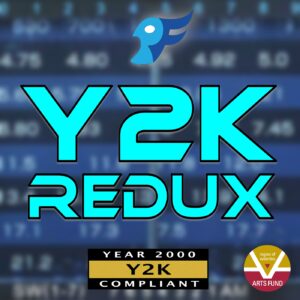 The three first episodes of the audio drama series “Y2K Redux” were launched with a video event that included an introduction by Eduardo Soto-Falcon, behind-the-scenes images and fragments of the episodes. The video event had a simultaneous live chat and was followed by a Zoom reception with cast and crew. These episodes received financial support from the Region of Waterloo Arts Fund.

Watch the video event at: https://www.youtube.com/watch?v=y4Ao3xMFyXY

Listen to the full episodes at: https://y2kredux.libsyn.com