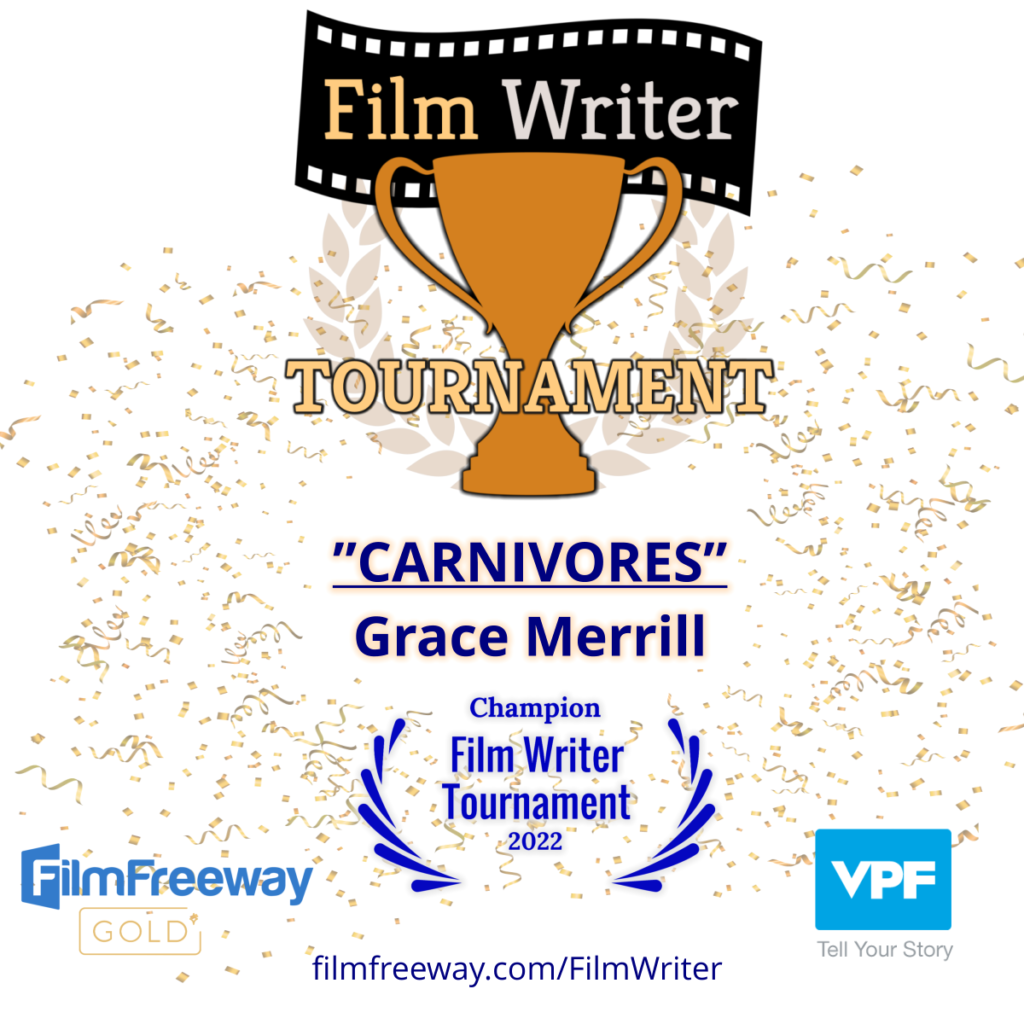 The first season of the Film Writer Tournament is over. The main goal of this competition is to help screenwriters with useful feedback for a revision or rewrite.

The champion script is “CARNIVORES” written by Grace Merrill from North Carolina, USA.

This script has a very appealing and intriguing protagonist named Vega Lindo. The literary voice is solid and entertaining, and could easily become an actual voice over for the protagonist to narrate her misadventures.

As film noir aficionados know, it is quite difficult to write a fresh, non-stereotypical noir story that also feels contemporary. There was a golden neo noir era in the 1980s and early 90s, but the genre became stagnant years ago. “CARNIVORES” has the potential of being a fresh and modern neo noir, fitting to our current times — something that could be called a “post-modern film noir”.

As the champion, Grace wins a free analysis & proofreading service for one of her scripts, 10 free VPF Pitches and a $50 USD gift card for screenwriting books or software.

The runners-up were “The Hagfish” by Hyten Davidson (USA) and “The Valley” by David J. Keogh & Douglas G. Thomson (UK/Canada).