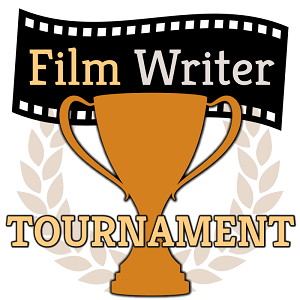 Become a champion and make your next draft the best script it can be!

Film Writer invites you to the first season of its Tournament, open to film & TV scripts of all genres. Film Writer judges each script for its own merits within its format (short, feature or pilot), and the highest ranked scripts advance to the following round. Scripts should be complete and with a minimum page count of 25. With one of the lowest entry fees in the circuit, this script competition provides feedback & discounts to every entrant. The benefits increase in every round until the tournament crowns its champion.

The tournament champion wins a 100% discount voucher for Film Writer’s base service (valued at $200 USD) that can be used for the tournament entry, a newer draft or even a different script written by the same author. The tournament champion also wins a $50 USD gift card for screenwriting software or books (from a specialized online store). Each finalist receives one page of notes assessing the whole script and 100% discount for a Film Writer’s remote session add-on (valued at $40 USD).

All entrants receive feedback for their first 10 pages (20 for the semifinalists) and a $10 USD discount for Film Writer’s base service. FilmFreeway Gold members receive a further 10% discount on the submission options (entry only or entry with base service).

The Earlybird Deadline is April 29, 2022. Make sure to consider this event as part of your contest strategy and to get a taste of Film Writer’s script editing services.